Looking for a great story about how America won Independence to share with your kids this 4th of July? We've got just the book! 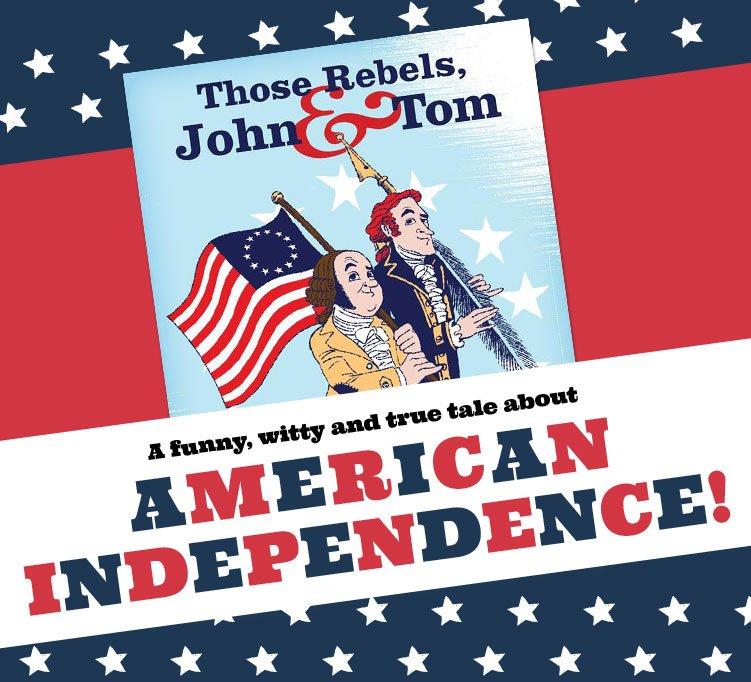 Those Rebels, John & Tom is a delightfully illustrated story for kids that tells the story of our two founding fathers who couldn't have been more different from each other. My 8- and 10-year-old boys loved it – and so did I!

The opening line is the best recap of how this story unfolds: "The true story of how one gentleman – short and stout – and another – tall and lean – formed a surprising alliance, committed treason, and helped launch a new nation." We were hooked!

The story is a mix of biography and history written in a really kid-friendly, humorous voice, and the illustrations are fun and lively. One of the things my two boys instantly picked up on without me having to say much was how VERY different Thomas Jefferson and John Adams were (and not just their physical features – everything about them!) and how cool it was that they were able to work together to make great change. The way the story illustrates their individual differences is a perspective on this historical moment that isn't always communicated in the history books.  In addition to telling the story of how America became an independent country, this is a funny, smart tale of two brave people who put aside their differences to fight for freedom. It's a great message for kids about working together to make the world a better place.

Share your favorite books for kids that tell the story of America’s Independence on the Scholastic Parents Facebook page, and let's continue the conversation!