Often, I need a quickie activity to use with my kids that fills time on the sidelines of the soccer field, in the car pickup line, or waiting at a doctor's office.

You can use any story you've read—an old favorite or a recently read one—and each time you play your game will be slightly different, depending on the character you choose at the beginning.

Here's how to play:

2.  Work together to decide on one character from the story and write that character's name on the paper.

3.  Then ask: Who was the first character that the main character meets?

5.  Now it's time to connect! Say, Look closely at both of these names (point to each as you say them).  What letters do the names have in common? Which are the same? Circle the letter in the first name that appears in the second and draw a line between the two. 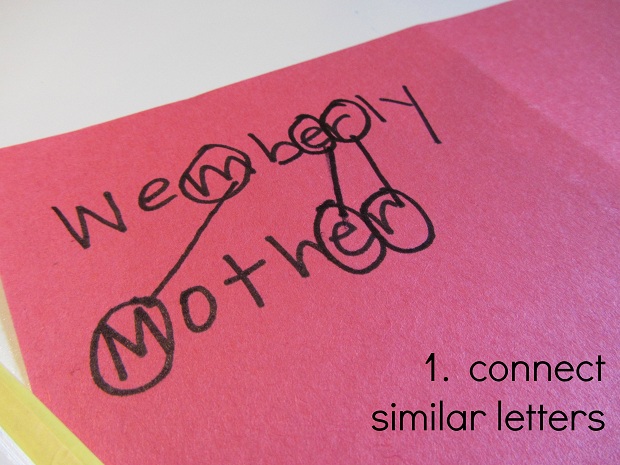 6.  Talk about the letters that the names have in common: Do they make the same sound in each name? How are the sounds different?

7.   Ask: Who was the next character that we remember from the story?  Talk about that character and what you remember about him/her.

8.  Connect! Just like you did in steps 5-7 and continue on adding all of the characters from the story. 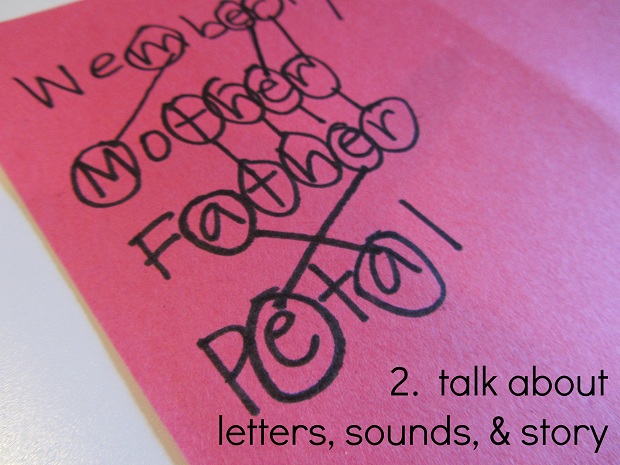 Three cheers for a fun way of talking about the story while sneaking in some letter and sound practice!


How do you sneak in some learning on the sidelines or during waits?  Have you tried Character Name Letter Connect?